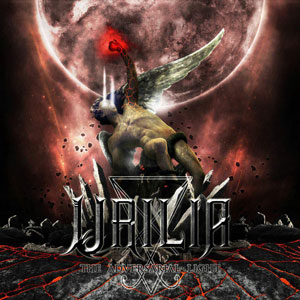 The band from Hollywood, California is approaching what it is doing as “taking the sound of European metal and blending it with a dark and heavy American metal style.” In an interview with Soundcrave Magazine, Urilia band members share their plan to produce new metal music in an organic fashion that delivers a message. On Facebook the band states, “This new group is a hybrid of all styles of extreme metal with a message from a path of dark spirituality and left hand path beliefs.”

A preview of the EP The Adversarial Light showcases all the brutal elements that Urilia has used to produce the extreme metal sound. Strong vocals, that are deafening and harsh, support the vicious guitar sounds and aggressive drumming throughout this release. With each track building the intensity of the sound, the heavy style and atmospheric elements along with driving rhythms on the EP create a great dark metal experience.

The The Adversarial Light EP was mixed and mastered by Mick Kenney.