Hypno5ive is all about music and making sure it gets heard. Whether on stage, in the DJ booth, promoting or writing, the passion has always been in sharing and elevating underground genres.

Hypno5ive promotes, visually designs, markets, writes and DJs for the post-punk, industrial, EBM, darkwave, goth, and alternative music audience. Since 1988 he has written music reviews, published his own magazines, and developed online presence. Hypno5ive maintains his engagement in the music industry furthering communication among promoters, bands and music events organizers in Europe and the U.S. as well as providing music news and reviews. 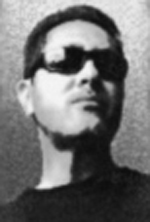