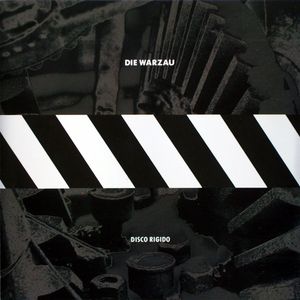 Formed in 1987, initially as Die Warzau Synfony, the group made the scene at a time when many other bands including Front 242, Ministry, Nitzer Ebb and Front Line Assembly were gaining momentum with ebm audiences.

The band would go on to make four additional albums, yet it is 1989’s Disco Rigido that best highlights the Die Warzau sound and style.

Highly requested tracks from Disco Rigido that were on many club playlists of the time were “Welcome to America,” “Jack Hammer,” “Strike to the Body,” “I’ve Got to Make Sense,” and crowd favorite “Land of the Free.”