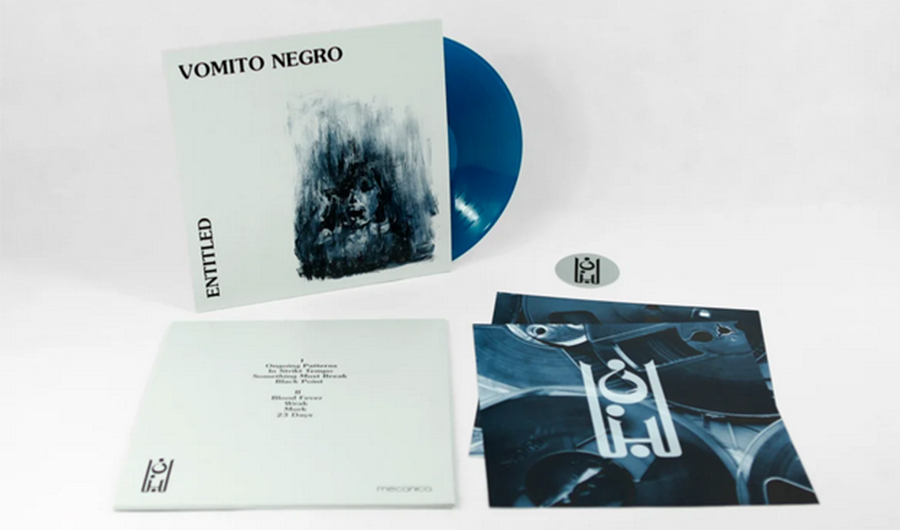 Vomito Negro returns with a new album Entitled created with unreleased tracks from the 80s. The mythical EBM-industrial act formed in Belgium in 1983 has a vast discography that started with a self-titled EP in 1985 and continued with diverse releases on renowned labels like KK Records, Antler-Subway and more recently on Out of Line and Scanner.

Vomito Negro’s musical approach, essentially based on the European “Industrialist” tradition, takes a different angle on every record with synthesized psychodramas that range from danceable to contemplative, from instrumental and ambient to voice-ridden and brutal.

The new album on Mecanica Records contains 8 songs that were re-arranged and re-recorded by Gin Devo at his own studio, “The Lab”, with the use of original vintage hardware synthesizers, sequencers and drum machines.

The black vinyl edition is a limited edition of 500 copies with insert and sticker.
The Special edition on blue vinyl is limited to 150 numbered copies.
The release date is April 15th 2022.