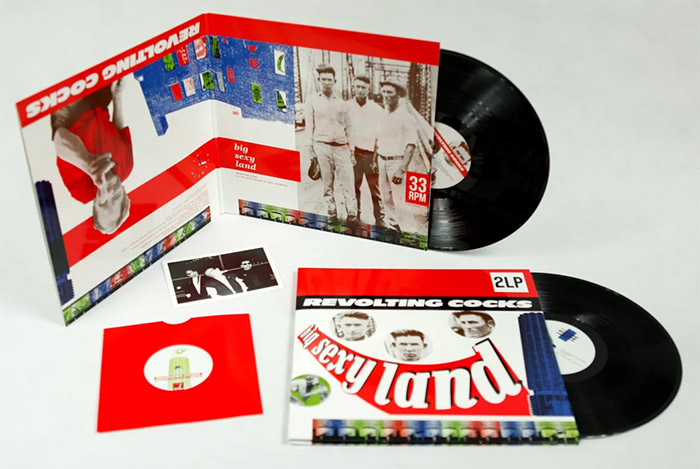 Polish label Mecanica is releasing a double-LP vinyl reissue of Big Sexy Land by Revolting Cocks. Originally issued by the legendary Wax Trax! Records in 1986, the debut studio album by the supergroup of Luc van Acker, Richard 23, and Al Jourgensen, featured a mix of industrial, hard rock and EBM with dominating sampling and strong synthesized beats.

Available on September 18th, 2020, the album will be released in limited edition of 700 copies on double vinyl with gatefold sleeve and expanded artwork including all original tracks plus the singles “No Devotion”, “You Often Forget” and one remix of “T.V. Mind” as well as a special edition of 250 copies with a postcard and an extra 7″ with the infamous Razormaid mix of “We Shall Cleanse The World” and an exclusive vinyl art etching. Order directly from Mecanica.