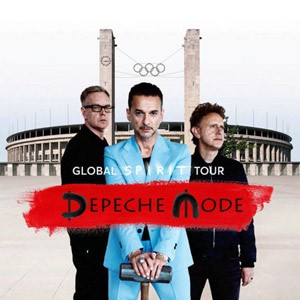 Back in 2017 the band announced a fan takeover of their Facebook page as part of their promotion of their new album Spirit. Now news has been appearing on the net about an upcoming documentary in the works by Fixers Mongolia, Depeche Mode: The Fans. The documentary is set to be shown on Netflix and tells the story of six dedicated, lifelong Depeche Mode fans from different countries, Mongolia, France, Colombia, USA, Germany and Romania. The film will culminate with the fans meeting at a Depeche Mode concert in Berlin.

The web page about the documentary on the Fixers Mongolia site is currently not available. We will keep an eye out for more news and provide updates as they become available.