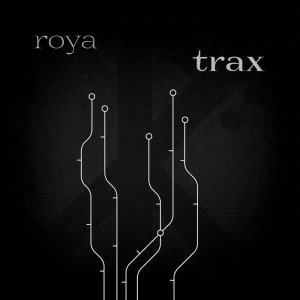 Electro / minimal synth solo artist Roya has self-released her first EP – Trax via Bandcamp. Earlier this year the Stockholm-based Roya launched her two-track single Centrum which was featured on an episode of Elektroniskt i P2 radio program and​ was chosen as Gaffa Sverige’s Week’s Best​.

Roya originally from the US has lived in Stockholm since 2010. Her past music projects have been primarily guitar-based and include both solo projects (unreleased) as well as bass guitarist and vocalist for several small punk bands. Her early influences come from a contrasting mix of growing up in America with immigrant Iranian parents amidst the explosion of the Olympia riot grrrl scene and early 90’s punk scene in Seattle (and grunge, of course). These cultures come through in various aspects of her music and drive an overall fearlessness for musical experimentation as well as a strong sense of DIY. Her latest music can be described as electro / minimal with a melancholic theme, a heavy priority on rhythm, and hints of middle eastern melodies. These elements paired with her soft vocals combine both her early upbringing and her influences in the local synth/dark/EBM scene in Stockholm.