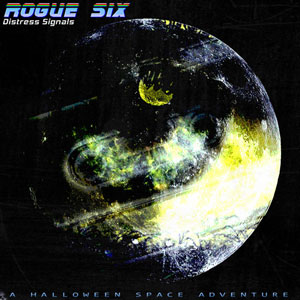 A strange beacon has begun broadcasting a distress signal from the Antin system.

It is a system that has been desolate for two hundred years. The moon of Antin IV, the only previously inhabited world in the Antin system, was once home to a race whose technological prowess and adherence to order was a thing of marvel.

Acting upon news of the signal, Earth Space Command has tasked a crew of explorers to journey out and search the ruins situated upon this moon. Soon after their descent to the surface, a feeling of superstitious foreboding descends upon the crew. The air seems to grow thicker and heavier with each step forward. An long-sleeping ancient evil has been awakened…

Will the crew share the same fate as the moon’s previous inhabitants?