Neuroticfish return to Resistanz Festival in 2016 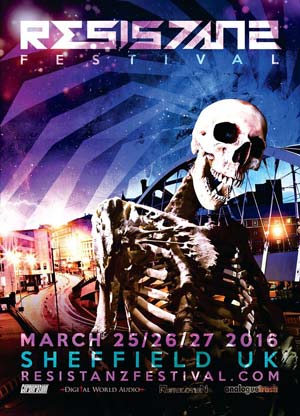 The 2016 Resistanz Festival has announced the return of Neuroticfish to its stage for the UKs biggest international electro industrial music event being held March 25-27, 2016.

Recently having played at the 2015 Amphi Festival, Neuroticfish is the electronic music project of Sascha Mario Klein (Keys, Vocals) and Henning Verlage (Keys, Production). Originally founded as alter ego of Sascha Mario Klein in the early 1990s, Neuroticfish experiments with elements of Synth-Pop, Industrial and EBM to create their own blend of electronic music: “Music For A Paranormal Life”, a musical concept that observes life beyond normality.

Inspired and influenced by the sound of Skinny Puppy, Nine Inch Nails and Depeche Mode this concept analyses neurosis’s, paranoias and emotional dependencies and their effects and distils it into a clear and emotional vocal performance with naive pop melodies over harsh and technoid beats.