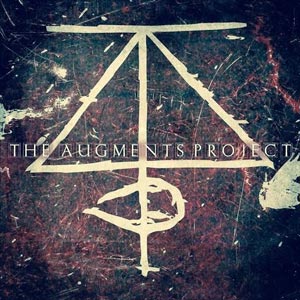 Los Angeles based Metal band The Augments Project have released their “Awaken” music video off their new EP of the same name, available now through Bandcamp. The video was written by Jimmy Trigger, directed by Jimmy Trigger & Brian Cox, and filmed and edited by Brian Cox. The track is also available for free download on the band’s Reverb Nation page.

Produced and engineered by its members, THE AUGMENTS PROJECT merges the familiar sounds of modern day progressive metal and rock with an electronic twist.

“The track Awaken was the first song we all wrote together, so it holds special weight for us all. The ideology of the band is for us all to shine in our skill sets, and I think that happened. The result: something fresh & new but hinting that old skool influence. “Awaken” is an aggressive song, that got me to delve into emotions that I haven’t visited in quite a while. The song deals with the turmoil’s of life and doing our best to succeed regardless. There are a lot of metaphors in each song, but some are very real (Take this noose around my neck that binds me to my lives regrets). You can decide, I guess. The end result should always be a PMA view point, or PMMA (positive mental motherfuckin attitude) as i say.” — Jimmy Trigger (The Augments Project)