Bleib Modern – All Is Fair In Love And War 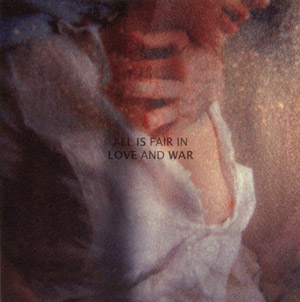 All Is Fair In Love And War is the title of the debut album by Bleib Modern from Bamberg, Germany. The band, once a one a solo project of Philipp Läufer, was founded around 2014 and now has five members working on their coldwave-postpunk style of music.

The album has been released on Brazilian label Wave Records from São Paulo that is specializing in industrial, darkwave, synth, and gothic music.

Bleib Modern creates an a gratifying listening experience with their slow and rhythmic songs. The guitar and bass sounds are always present along side atmospheric vocals on tracks that call back to a post-punk 80’s alternative style.  The band generates a somber mood, yet there is an even flow throughout each track making their first album an excellent dark musical gem.