Belgian electro label Alfa Matrix is re-releasing the previous albums Mutilations and Traces by German duo The Psychic Force. Michelle Christiansen and Jörg Charnowski spent the last month in the studio fully remastering their back-catalogue and are now releasing these two previous albums including bonus tracks on Bandcamp.

The new cover artwork for both albums reissues was specially designed for the occasion by n0emi Aurora of Toxic Visions Design. 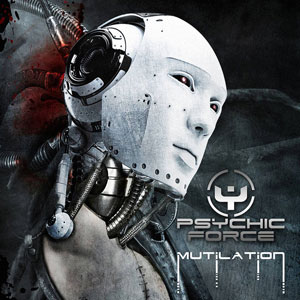 Originally released back in 1992, Mutilation is The Psychic Force’s debut album which initiated the band’s sonic invasion on dark electro dance floors across the globe with the classic club hits “Still Walking” and “Twilight Zone.”

Besides the remastered 12 original tracks from this first album, The Psychic Force also offers 6 exclusive bonus songs including “Totes Fleisch,” the first and only song ever sung by Jörg himself, or yet cover versions of Stephan Eicher’s “Noiseboys” and Boney M’s “Exodus.” 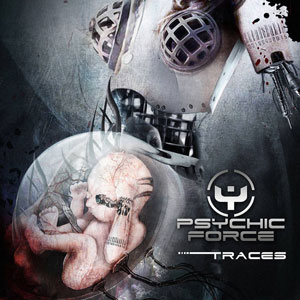 Next is Traces which was originally released back in 1994. It was The Psychic Force’s second album which brought the band’s sound into a mixture of raw harsh electro and icy atmospheric electronics à la KLINIK and featured the duo’s collaboration with Sven Klose (lyricist for the album and guest vocalist on the harsh “Gravity Is Present”). An album which allowed the band to expand their fanbase and reach a more synth pop oriented audience thanks to their then successful cover version of John Foxx’s classic “Underpass.”

← Remix Album: Lucidstatic – You Are Here
Bleib Modern – All Is Fair In Love And War →