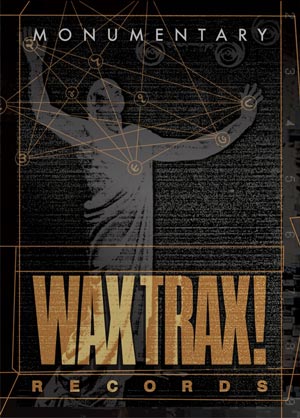 Wax Trax! Records commence a Kickstarter campaign for the documentary film Monumentary. The film includes 40-plus interviews of artists, staff and family. The Kickstarter campaign is needed since the focus is now on a funding goal of 45k to complete the current phase of post-production which will be used primarily for color correction, audio mixing, and music clearance. Work on the film incorporates Joe Losurdo and Christina Tillman who directed, You Weren’t There: A History of Chicago Punk, 1977-1984.

The film documents the legendary music store and record label Wax Trax! Records. The independent label started its history as a record shop in Denver in 1975 by Jim Nash and Dannie Flesher. In 1978 they opened a store in Chicago that would become the bedrock of the new wave, punk rock and industrial music scene in that city.

Wax Trax! Records closed its operation in 1996 but was resurrected by Jim Nash’s daughter Julia Nash in 2014. The documentary film will tell the story about the record company, the artists and the music. Julia Nash states, “Although our two dads have long passed, we are in the process of bringing to you a very inside look that chronicles their impact and life’s work on film. Our narrative not only details the bizarre path and timeline of two men pushing culture forward, but also an intimate peek behind the curtain of dysfunction and chaos that fueled their indie rise as well as reasons behind the tragic demise that left the label discarded and abandoned. We are very excited and proud to assemble the pieces as viewers take a closer look inside the incredible WAX TRAX! story.”

Visit the Wax Trax! Records Kickstarter campaign page to learn more about this film project and help support the telling of a “story of two very special men and their unique place in pop-culture history.” The goal is to have the film be ready in time to be shown at the next SXSW Film Festival. The estimated time for release is November 2015 for film festivals, DVD release and digital streaming.