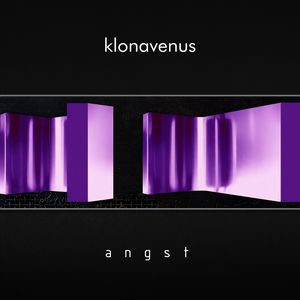 As characterized by their label bio, Klonavenus is best defined as a catchy mix between synthpop and electro-goth. Their debut album from 2012 KlonaWelt is now followed in 2015 by Angst, an album full of high-energy and wicked sounds. From the starting track “Hide” we quickly realize that this band has talent. Saffio from Berlin (music & programming) and Paolo Chemnitz from Rome (vocals & lyrics) elegantly produce a dark electro album that has all the right elements in place. A variety of influences include Clan Of Xymox, Wumpscut, Velvet Acid Christ, Pride & Fall, And One and Depeche Mode.

With Angst we get track after track of solid and sharp synths, driving beats and haunting lyrics. Stand out tracks include “A Stream of Black,””Social Psychosis (Dystopia Mix),” and “Guilty of Romance.” Klonavenus deliver a stand-out album that includes remixes by Dystopia, Spektralized, Cygnosic and Blank.

Video: Song of the Dead