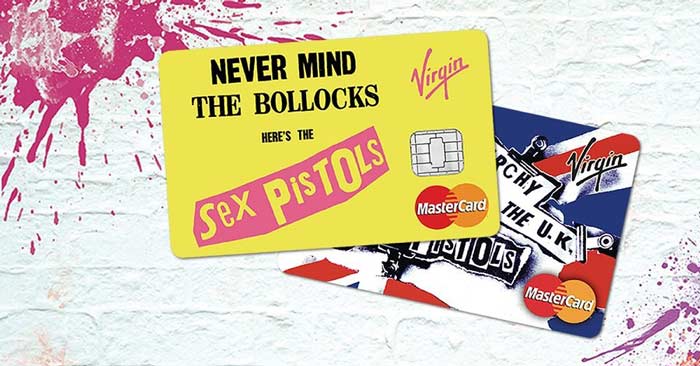 The cards will feature the artwork of the Sex Pistols’ 1976 debut single Anarchy in the U.K. and the 1977 album Never Mind the Bullocks – Here’s the Sex Pistols.

Virgin Money is aiming to create something different for customers by using Virgin’s heritage and difference along with the imagery of the iconic punk band.