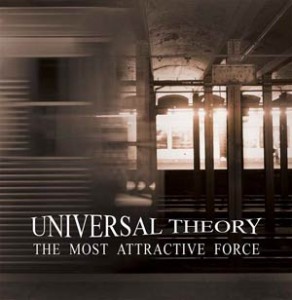 Two years after the release of Universal Theory’s debut album Mystery Timeline the atmospheric gothic metal duo from Madrid, Spain has completed recording their second album The Most Attractive Force.

Due to be released on Metal Hell Records in August 2015. The new album combines a heavier and more intense sound and a deep atmosphere. Universal Theory has conceded a brighter and louder guitar sound besides new fields and voice register has been explored.

Once again Majo Martos is in charge for performing the female vocals. The new album closes with a collaboration with Beth Hart, a Pianist from Manchester.

The album features 9 tracks of deep and atmospheric gothic metal for fans of Tiamat, The Gathering, Type O Negative, etc.

This CD will include a beautiful 12 page booklet with full lyrics.

Full Track-list:
Before Sunrise
Somewhere Else
Unfinished Desires
The Most Attractive Force
Romance I
Deeper Than You Know
Romance II
The Wall Of Darkness
Light Vein