On August 27th-30th the 2nd edition of the Aftermath Music Festival takes place at the Phoenix Concert Theatre in Toronto. The Aftermath Festival showcases some of the top and upcoming artists in the Dark Electro, and Alternative scenes.

Headling the festival this year will be Leaether Strip, Haujobb, Conjure One, and Velvet Acid Christ. Having a musical career that spans over 25 years Leaether Strip (Claus Larsen) is widely considered one of the most influential artists in the Industrial/EBM music scene.

Haujobb’s sound has ranged from Electro-Industrial to IDM and even Techo. Their sound has crossed over into many different genres of music and they are one of the main artists to help introduce many different styles of Electro to the fore front. Haujobb was also featured on 2014’s Eye Vs Spy North American tour with Skinny Puppy, Front Line Assembly, and Youth Code.

Bryan Erickson formed Velvet Acid Christ in 1990. Since it’s formation he has developed a cult like following in the Dark Electro scene. He has multiple songs in the top 20 Billboard Alternative Charts and numerous highly successful releases.

Featured also at Aftermath this year are William Control and The Dreaming.

William Control (Formally of the band Aiden) is known as a highly charismatic front man similar to the likes of Iggy Pop or David Bowie which translates to new standard of on stage performance. He is a skilled producer, having melded a majestic fusion of Electronic Darwave, Goth, New Wave Punk and Glam Rock reminiscent of artists like New Order, Gary Numan, and Depeche Mode. He also has contributed to the soundtracks for the movies Saw V, Underworld: Rise of The Lycans, and Underworld: Awakening.

The Dreaming was founded by former Stabbing Westward members Christopher Hall, Walter Flakus, and Johnny Haro. Their sound is an intense blend of Alternative Rock, Metal, and Electronics that harkens back to the days of Stabbing Westward. Their newest album, Rise Again was released in February on Metropolis Records. 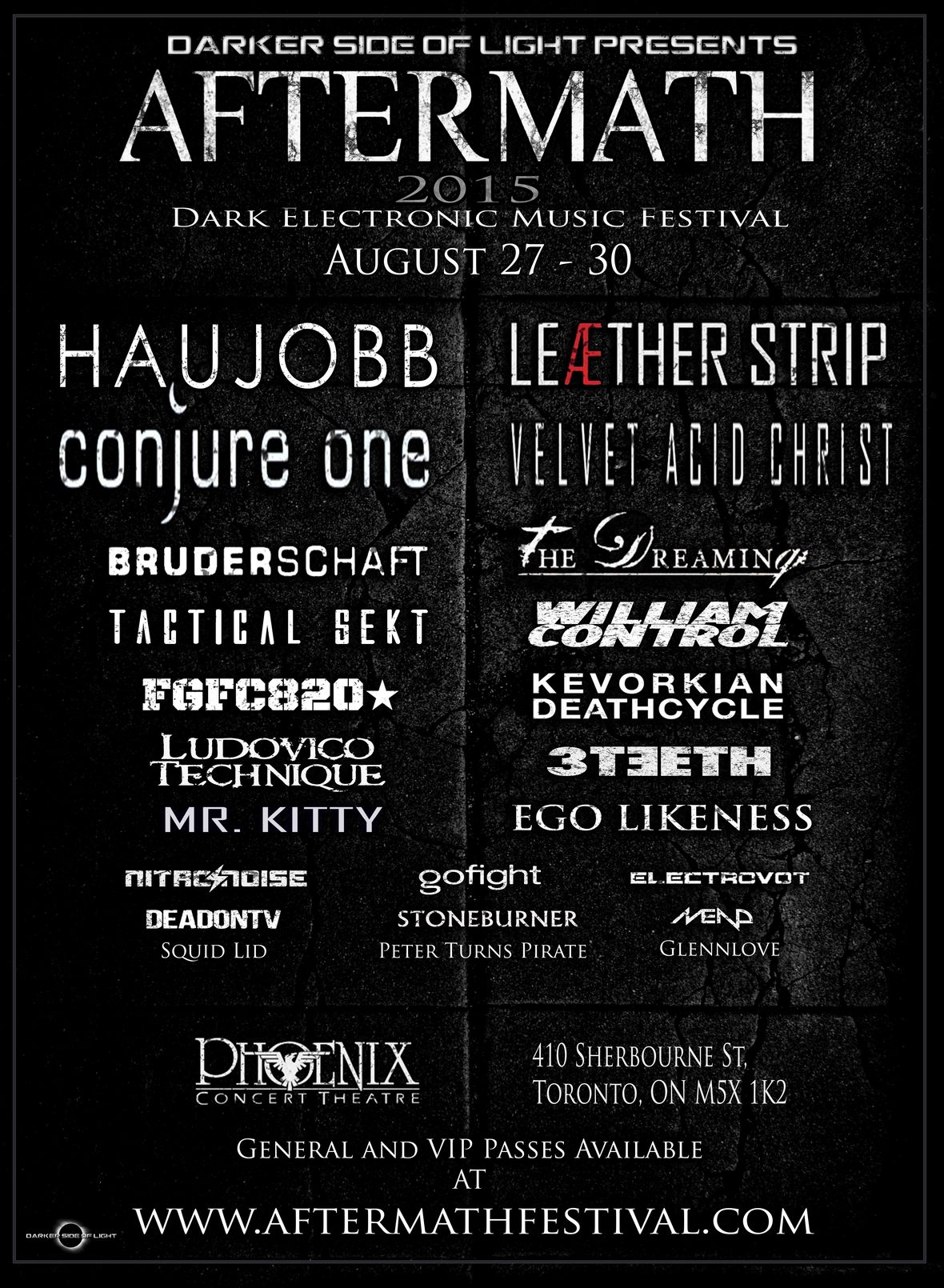