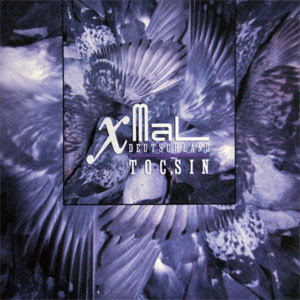 The second album from German gothic rock band Xmal Deutschland (active from 1980-1990) released in 1984 provides a glimpse into the early years of the emerging genre. At a time when the Cure and Siouxsie and the Banshees lead club playlists, Xmal Deutschland were also busy creating dark tracks. Already having debuted in 1983 with the LP Fetisch, the band had already generated classics with “Qual” and “Geheimnis” as well as their with their well-known single “Incubus Succubus” release in 1982. The band’s follow-up LP provided us with further evidence of their talent. “Mondlicht” and “Augen-Blick” on Tocsin stand out as great examples of  their rich atmospheric sound.