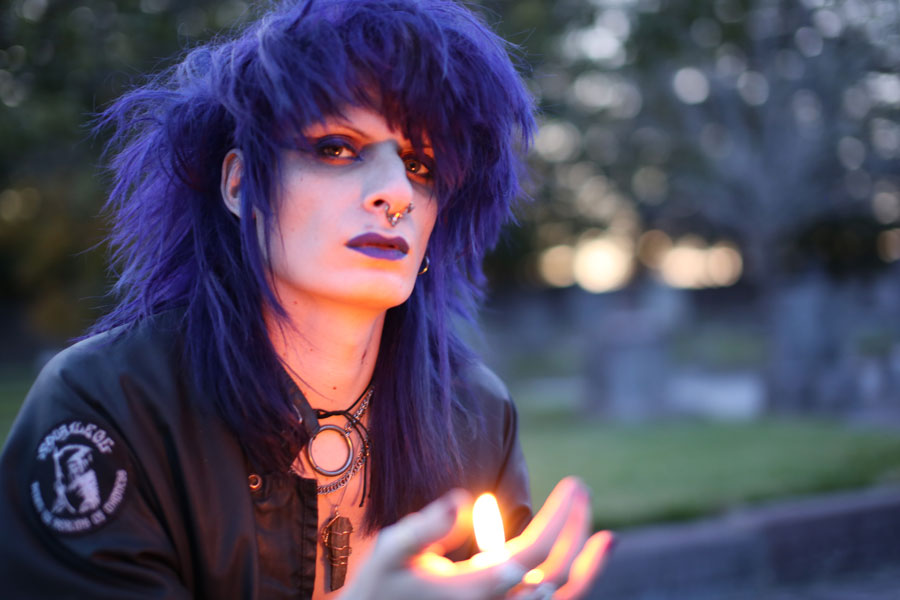 There are also more subtle reasons for the merging of the two communities. “Deathrock is an authentic and genuine deliverance of pain and disdain. It sonifies the purest and rawest forms of dark subculture through ritual, and demonstrates an anarchistic dismay for where the world stands today,” Zora states. “Particularly on its own and separated from the better known genres of goth and post-punk, deathrock tends to represent the experiences faced in a cishet normalized society from a femme, trans, and queer perspective. We utilize deathrock as a conduit to channel the energy that electrifies us, to express ourselves in a world that ostracizes us,” says Zora.

“Similarly, for trans and queer survivors of abuse, we largely face more difficulty in finding either support or sanctuary. We’re often demonized, ostracized, and vilified just for seeking our own safety. We’re never given the time of day, and we don’t get even a fraction of the resources available for cishet survivors of domestic violence,” Zora explains.

“Musically, this compilation represents the experiences we face on a regular basis, and the perspective of always being outsiders to society,” Zora states. “So I brought together what I consider highest caliber of current deathrock, which has been derived from queer culture from its inception. I wanted to lift the veil from the often overlooked, but most talented, artists of the genre. Together, these tracks create an alchemy of the truest expressions within the dark subcultures.”