Glaring the experimental cold-wave, darkwave, post-punk solo project of German based musician Anna Nin is set to release her eighth album Nebula which can be be preordered now and will be released October 15th by Wave Tension Records (cassette) and Peripheral Minimal Records (vinyl). 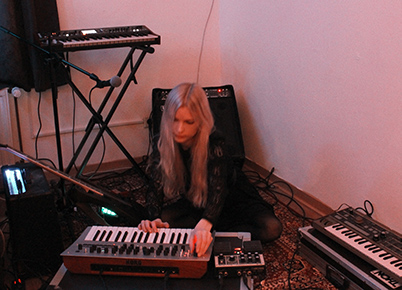 Nebula is a hauntingly beautiful and melancholic album of hushed lugubrious vocalizations, pulsating drum machine, reverberating guitar and minimalist synthetic structures. But, from the dark appears light and strength, moments of joy, color and hope, in a period of uncertainty, anxiety and turmoil none of us could have possibly contemplated. This is a wondrous journey through the mind of Anna Nin. Think early 4AD meets Tropic of Cancer, Boards of Canada and the dream pop veneration of the Cocteau Twins