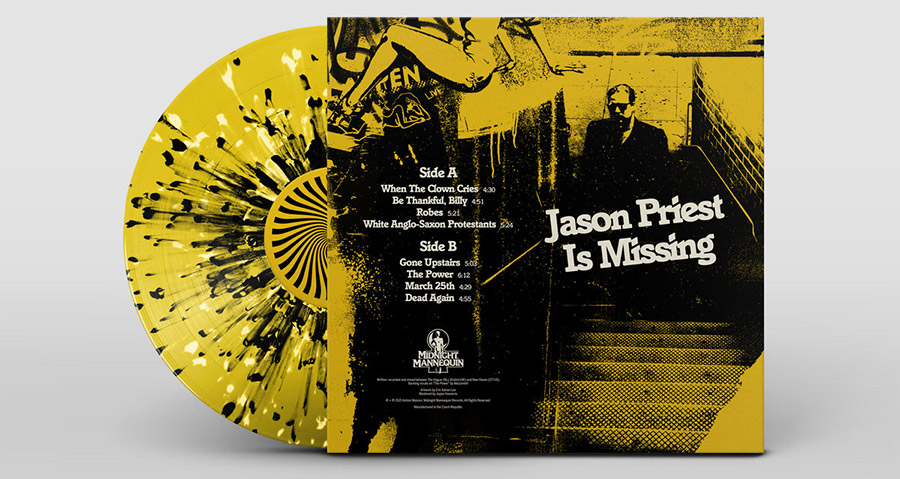 A pleasure to listen to all the way through, each of the 8-tracks on Jason Priest Is Missing complement one another with their bright notes on this debut full-length LP for Maiovvi. The album delivers an upbeat synthpop electronic-pop sound along with hints of darkwave and post-punk clearly inspired by The Cure, New Order, Depeche Mode, and Nine Inch Nails.

Jason Priest Is Missing is now available via Bandcamp on digital and vinyl versions.