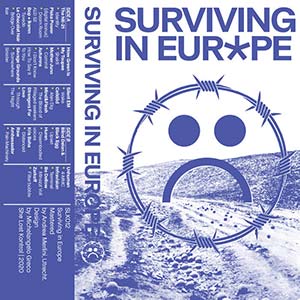 Surviving in Europe 17-20 is now available on Bandcamp in digital and a cassette version that ships with a fanzine printed in risograph.

The label created to provide the most harsh, danceable and dark sounds inspired from the 80s scene expresses its purpose, “In a time of the new European nationalism, of razor-wire fences and renewed border Kontrols, mass immigration and homegrown terror, fear and insecurity, the suppression of internal borders of the EU is recognition that all the citizens belong to the same space, that they share a common identity.”