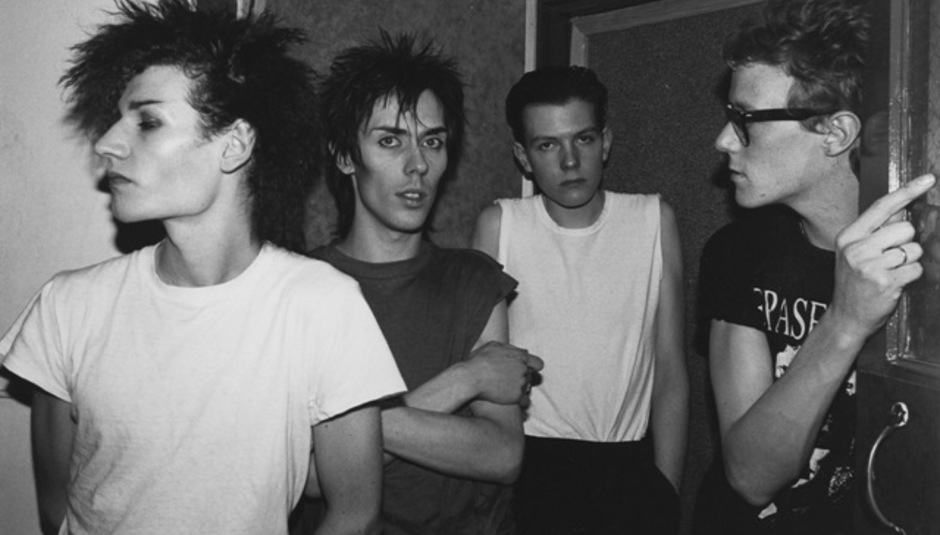 Regarded as the forerunner of gothic rock music and an important influence on goth culture, “Bela Lugosi’s Dead” b/w “Boys” by Bauhaus was released 40 years ago today by Small Wonder Records on August 6th, 1979 as a limited 12″ on white vinyl.

Performed by Peter Murphy on vocals, Daniel Ash on guitar, David J on bass guitar, and Kevin Haskins on drums – the 9 minute track was recorded during a single session at Beck Studios in Wellingbourough, UK on January 26th, 1979 along with four other tracks, “Boys”, “Bite My Hip”, “Some Faces”, and “Harry” which was about Blondie singer Deborah Harry.