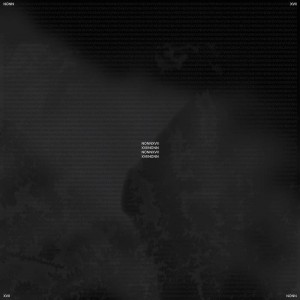 Swedish psychedelic / darkwave band NONN that blur the line between sharp, glacial post-punk and the industrial electronic aesthetic of the 80s will be releasing their second album XVII December 7th on Fuzz Club Records and it will be available via Bandcamp.

The new album is described by the band as “more of a collaborative effort, with Hannes Nyling and Christian’s brother Alexander joining the fold, the new record deals in a fuller more refined sound and packs a far heftier punch … the gloomy 80s sensibilities are still there – see the occasional Cure-esque guitars and morose gothic vocals – but on XVII, NONN turn their eyes more towards the electronic affliction of EBM and synth-punk than the polished, more-digestible post-punk that came reverberating out of the decade.”

The group has released their first single “Clear” with a music video.