Darkwave: Johnathan | Christian – The Nothing I Feel 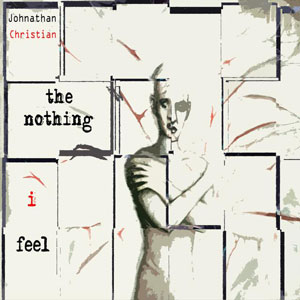 Alternative musicians Johnathan|Christian have released their second album The Nothing I Feel bringing a lush listening experience that blends a gothic rock sound with dark wave style.

It has been two years since their debut album Beautiful Hideous where Johnathan Mooney and Christian Granquist, veterans of the alternative music scene started to create music influenced by Sisters of Mercy, Bauhaus, Depeche Mode, Joy Division, all mixed with a harder edge. Intuitively, their own music typifies the traditional dark wave sound, adding in soaring, epic refrains and dramatic fugues that create a style all their own.

The Nothing I Feel does indeed generated a nostalgic sound that is pleasing, dreamy and gentle – reminiscent of early 80s Poesie Noire with its darkness and gloom. A melodic and atmospheric album, it builds with style and dark vocals that are best heard on “Goodbye Horses” and “The Pink & The Black” while the richness of the piano brings “I’m Dead (Without You)” and “Her Austere Heart” to life. Listen and enjoy The Nothing I Feel from beginning to end.

Johnathan says “was a longer ride down our dark highway with a more aggressive sound,” it has the feel that the lights are shining very brightly.

Of the writing process, Christian adds “I’ve been using classic horror metaphors to describe things as alienation in everyday life. I think it’s a very useful concept. On The Nothing I Feel, I’ve tried to broaden the concept descriptively, this time using metaphors with more dystopian motives.”