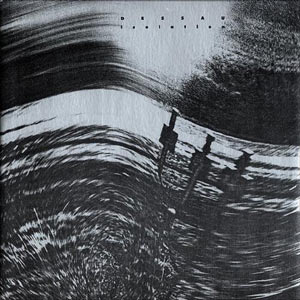 Released as a 12″ single in 1988 on Carlyle Records, “Isolation” from Dessau remains an industrial dance classic track to this day.

Dessau was the musical creation of John Elliott of Nashville, Tennessee. Elliot started his career as a punk rock drummer for Nashville band Clovebottom and later worked with Actuals, later known as Factual. After several years of being unhappy with the Nashville scene, Elliot found his way to Chicago and in 1981 joined the band Stations and met producer Martin Hannet (Joy Division and New Order) as well as Al Jourgensen (Ministry), Paul Barker (Ministry) and Steve Albini (Pixies, Nirvana).

By 1983 Elliott returned to Nashville and created Dessau with Skot Nelson (guitars), Mike Orr (bass) and Barry Nelson (bass) and went on to release two EP’s, Red Languages (1985) and Happy Mood (1986). A 1988 12″ Mad Hog featured the remix of the dance floor hit “Unshakeable” by Al Jourgensen.

In 1988 with the help of Al Jougensen and Paul Barker, “Isolation” was produced, recorded and released as a 12″ single and in 1989 was featured on the album Exercise in Tension.

A remake of the 1980 title from Joy Division (Ian Curtis, Peter Hook, Stephen Morris, Bernard Sumner) which appeared on their second album, Closer — the industrial “Isolation” version from Dessau would become a hit on alternative radio and dance clubs at the end of the 80s through early 90s.

Have a listen to the classic track “Isolation” from Dessau.