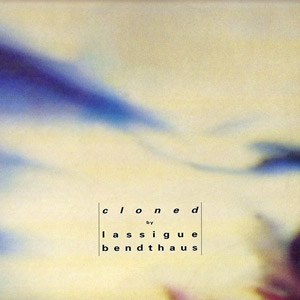 Lassigue Bendthaus was the work of German electronic music producer Uwe Schmidt. The first work under the name Lassigue Bendthaus came on a cassette album The Engineers Love released in 1988 via the label he co-founded with Roman Rütten – N.G. Medien. This was followed by Matter in 1991 on the German industrial label Parade Amoureuse.

In 1992 Lassigue Bendthaus released Cloned on the Italian label Contempo Records based in Florence. The album utilized the concept of sampling and was accompanied by Cloned: Binary that was a disassembled version of Cloned consisting numerous samples that Schmidt wanted his listeners to use for their own work.

Cloned, as the name suggests was made up of electronic tracks that each closely resembled one another. Utilizing the concept of sampling each track was reconstructed in an approach that was similar to what Meat Beat Manifesto had done on Storm The Studio in 1989. Coincidentally, Lassigue Bendthaus had been the opening act for Meat Beat Manifesto at the Frankfurt Batschkapp in 1989.

Cloned by Lassigue Bendthaus remains today as a worthy example of the experimental electronic and industrial sounds of the early 90s.