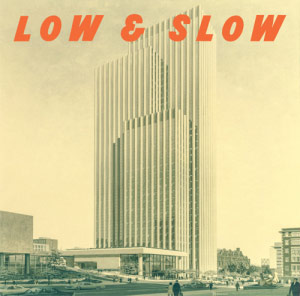 Wax Trax! Records in conjunction with its fundraising campaign Monumentary is set to release Paul Barker’s lost Lead Into Gold EP Low & Slow. The EP features three unreleased songs from 1990 along with an additional track from Barker’s master tapes.

The record is packaged in the original 1990 artwork and will be available on vinyl as well as digital streaming and download. Additionally, Paul Barker has been busy working on new Lead Into Gold material.

Lead Into Gold will be performing at this year’s Cold Waves Festival being held in Chicago September 25 and 26 that also includes Godflesh and Front Line Assembly.

Paul Barker who also was known as Hermes Pan, was the bass guitarist of Ministry from 1986 to 2004. As a bass player, producer and engineer he is also credited with other important industrial and alternative rock bands including, The Blackouts, Revolting Cocks, Lard, Pink Anvil, Pigface, PTP, U.S.S.A, Flowering Blight, Pailhead, 1000 Homo DJs, and Acid Horse.

Here is the 1990 video for “Faster Than Light” that includes an appearing of Trent Reznor playing guitar.