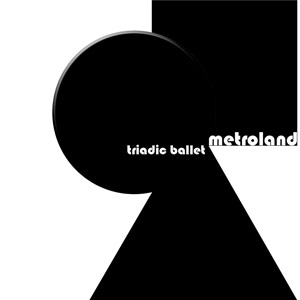 Using a minimalist approach in creating multiple tracks, the new Metroland album is a pleasure to hear and appreciate. As with its namesake title, the Triadic Ballet carries us through a well choreographed “dance performance” of music which is sculptural and geometric. Belgians Andy de Decker and Sven Lauwers present their follow-up to 2012’s  Mind the Gap in three versions:  [unity], [hierarchy], and [variety]. What we get are mechanical, electronic, Kraftwerkian sounds resonating and replicating with each variation. Synth layers are used along with razor-sharp electro beats that carefully craft an album that is not only deliberate in the sound it produces but fantastic and mesmerizing at the same time.