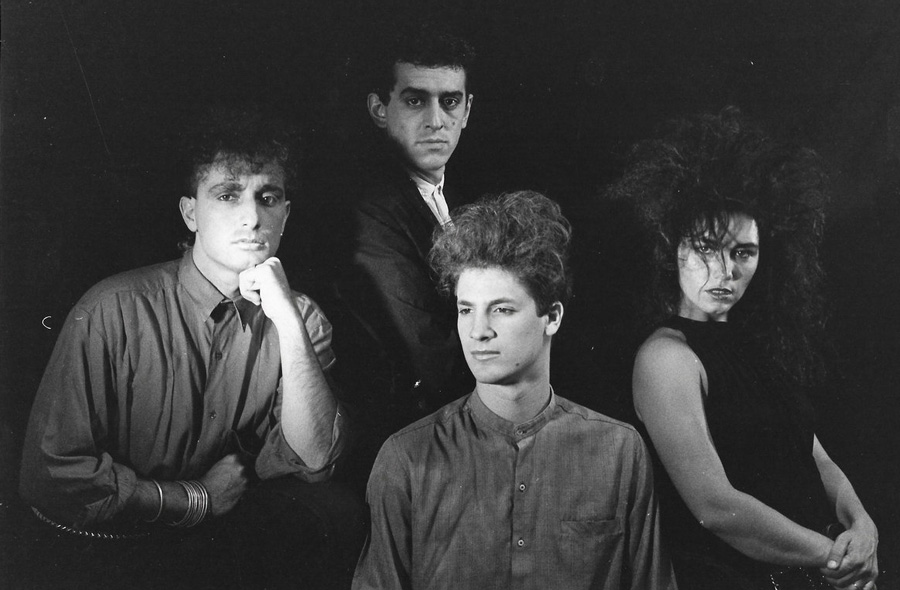 Cult Argentinian darkwave act Euroshima’s Gala sees a vinyl reissue courtesy of Dark Entries. Euroshima was formed in 1986 by Fabián Iribarne, José Wyszogrod, Ricardo Parrabere, and vocalist Wanda. Originally released in 1987 on Polygram, Gala was a success throughout South America. But to the band’s dismay, they received minimal support from the record label, which meant the album would linger in obscurity outside of the region. A CD issue via Twilight Records surfaced in 2020, but this is the album’s first reissue on vinyl.

Gala’s legendary status among cognoscenti is warranted. The album’s nine tracks display all the hallmarks of the best darkwave: spiky guitars, analog synth basslines, and wailing vocals. But Euroshima make their mark on the genre with impeccable songcraft and a honed sense of the uncanny. While the band themselves rejected the label of “gothic”, it’s hard to resist busting out the black eyeliner when listening to gems like the uptempo “Como Los Otro” or the churning album-closer “Mejor Callarlo”. Highly recommended for fans of Xmal Deutschland, Lebanon Hanover, pummeling TR-707’s, and doom-laden synths.

This reissue is co-presented with Twilight Records, responsible for the 2020 CD reissue of Gala. It has been remastered by George Horn at Fantasy Studios.

The album is available via Bandcamp as a digital download as well as on vinyl. The vinyl version includes a double sided insert with lyrics and photos, as well as a postcard featuring a photo of the band.