TRAITRS – Ghost And The Storm 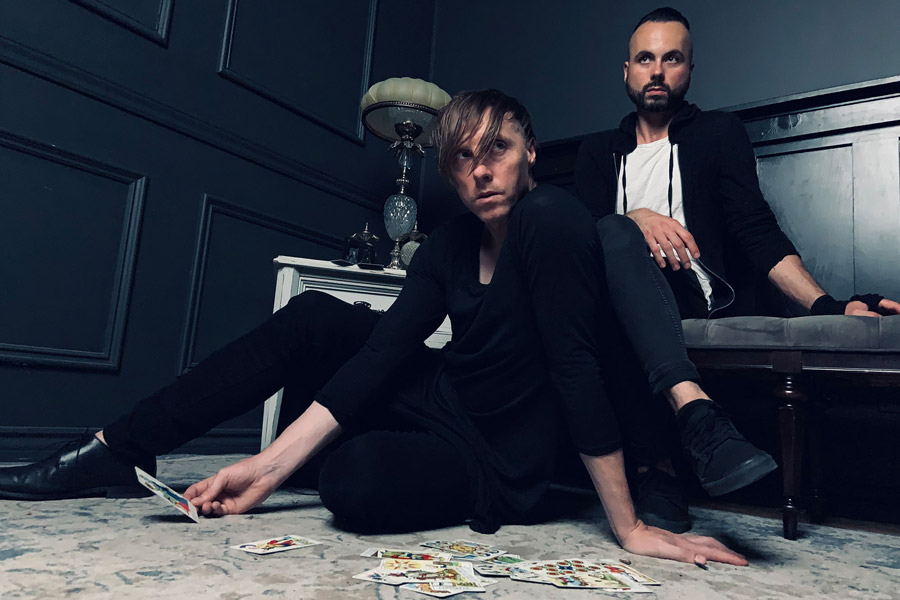 Canadian dark indie duo TRAITRS have released a new music video for ‘Ghost and The Storm’, the final single to be released ahead of their much-anticipated album Horses In The Abattoir. Based in Toronto, the duo of Sean-Patrick Nolan and Shawn Tucker blend post-punk, goth, and alternative to form their dark music.

“Ghost and the Storm’ is exactly that – a ghost of a track. A forgotten spirit from our past. It was too ahead of its time for us to even know what to do with it at the time we wrote it, so it remained in anonymity for several years.   believing your entire life that when you die you’ll go somewhere better but the reality is you just return to nothing, nowhere. To sleep and never remember your dreams is equivalent to how we die,” says Shawn Tucker.

This new offering follows earlier singles ‘Mouth Poisons’, ‘Oh, Ballerina’ and ‘Magdalene’. The rising post-punk / darkwave stars have been on a steady holding pattern of releasing powerful well-received singles since signing to Freakwave Records, a Berlin-based label that is part of the Schubert Music Europe group, with distribution by The Orchard.

As of October 29, ‘Ghost and The Storm’ will be available everywhere digitally, including Spotify and Apple Music. On November 19, the full-length ‘Horses In The Abattoir’ LP will be released via Freakwave / Schubert Music on vinyl, CD and digitally. It can be ordered at https://orcd.co/horsesintheabattoir