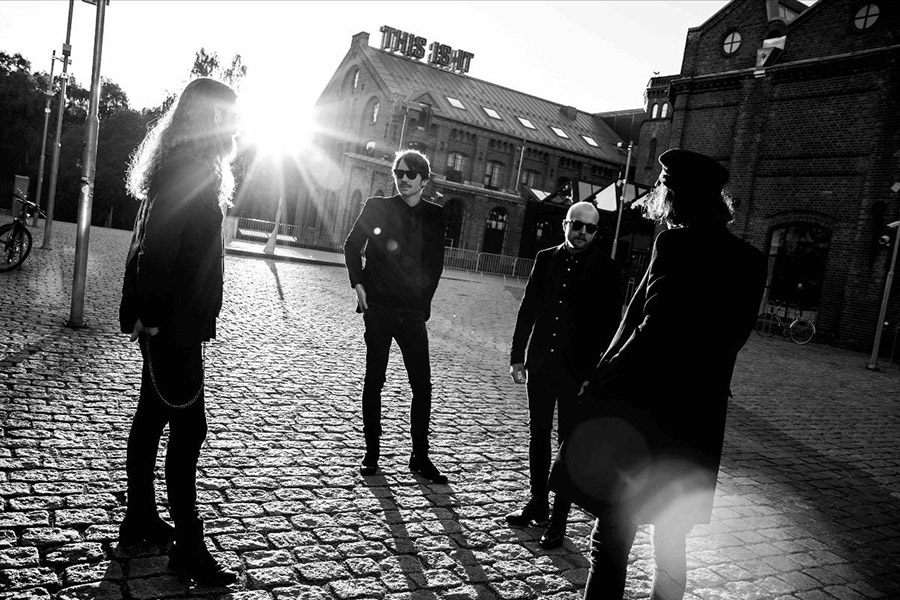 Oslo-based psychedelic post-punk band Mayflower Madame have a new music video for “Ludwig Meidner” — the track from their recently released second album Prepared For A Nightmare features music and lyrics by Mayflower Madame/Trond Fagernes. The video is directed by Astrid Serck with live footage by Broadcast Oslo as well as content from The City (1939) directed by Ralph Steiner and Willard Van Dyke.

The track is inspired by (and dedicated to) German expressionist painter Ludwig Meidner (1884-1966), mostly known for his apocalyptic landscapes and cityscapes which portray the chaotic modern world as a ferment volcano about to erupt.

On a more individual level, it also describes a relentless search and longing for sources of intensified emotions in the mechanized concrete jungle – a dangerous ride which might lead you to the point of no return. However, as in Meidner’s visions, the idea of letting it all burst can involve both a fear for doom and a hope for catharsis. The video was directed/edited by Astrid Serck.

Prepared For A Nightmare was released worldwide March 27th 2020 via the band’s main label Only Lovers Records (France) in collaboration with Little Cloud Records (USA) and Icy Cold Records (France) and is available in vinyl and CD via Bandcamp.