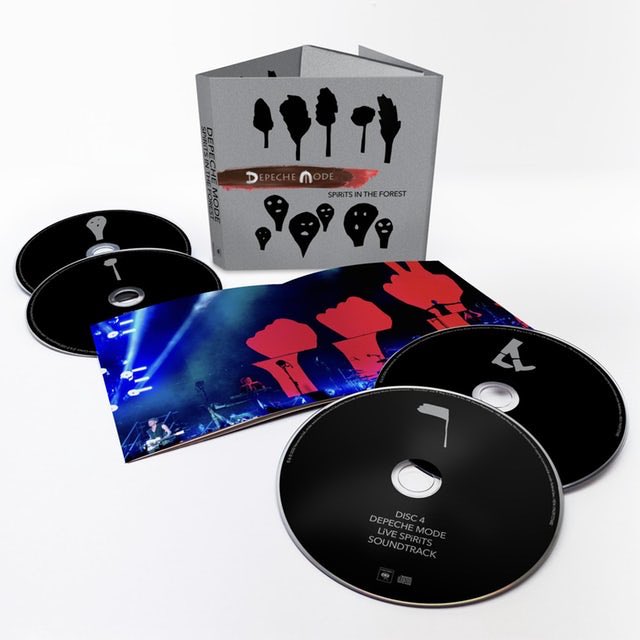 Depeche Mode, along with Sony Music Entertainment, will release their feature-length documentary and concert film, Depeche Mode: SPiRiTS in the Forest, on DVD and Blu-Ray on March 27.

The release will be in a special four-disc (two video discs plus two audio discs) will include the SPiRiTS in the Forest documentary as well as LiVE SPiRiTS, a full-length Depeche Mode concert performance filmed at the final two shows of the “Global Spirit Tour” at the Waldbühne in Berlin. This footage has never been previously released or broadcast in its entirety.

In addition to the two video discs, the package includes two CDs containing the LiVE SPiRiTS soundtrack, the live audio recording from the performance.

The items will be available for pre-order February 26th. Visit spiritsintheforest.com for more information.