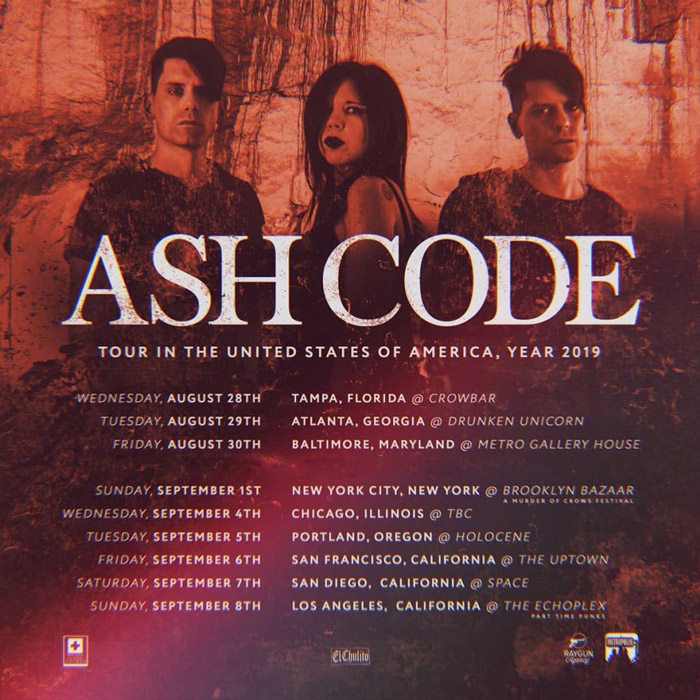 Italian post-punk band Ash Code are about to begin their tour of the U.S. Having already performed extensively throughout Europe, this will be their first American tour which starts August 28th, 2019 and continues through September 8th, 2019.

The band have an extensive selection of material to perform with three albums that are available on Metropolis Records, including 2014’s Oblivion, 2016’s Posthuman and their latest album – 2018’s release entitled Perspektive.