Mannequin Records synth / new wave project Void Vision, headed by Philadelphia producer Shari Vari, have a new music video out today for the track “Body Says” from the upcoming album The Other due later in 2019. Directed by Hanna Hamilton + Floor Eleven the video features eerie and comedic characters moving along the pulsing electronic track.

Void Vision will also begin a European tour this week along with Xeno & Oaklander as well as with Automelodi, Severed Heads, Tamaryn, Statiqbloom, and Cold Showers. On June 7th they will perform at Wave Gotik Treffen in Leipzig, Germany.

In June they also have two performances in the US: 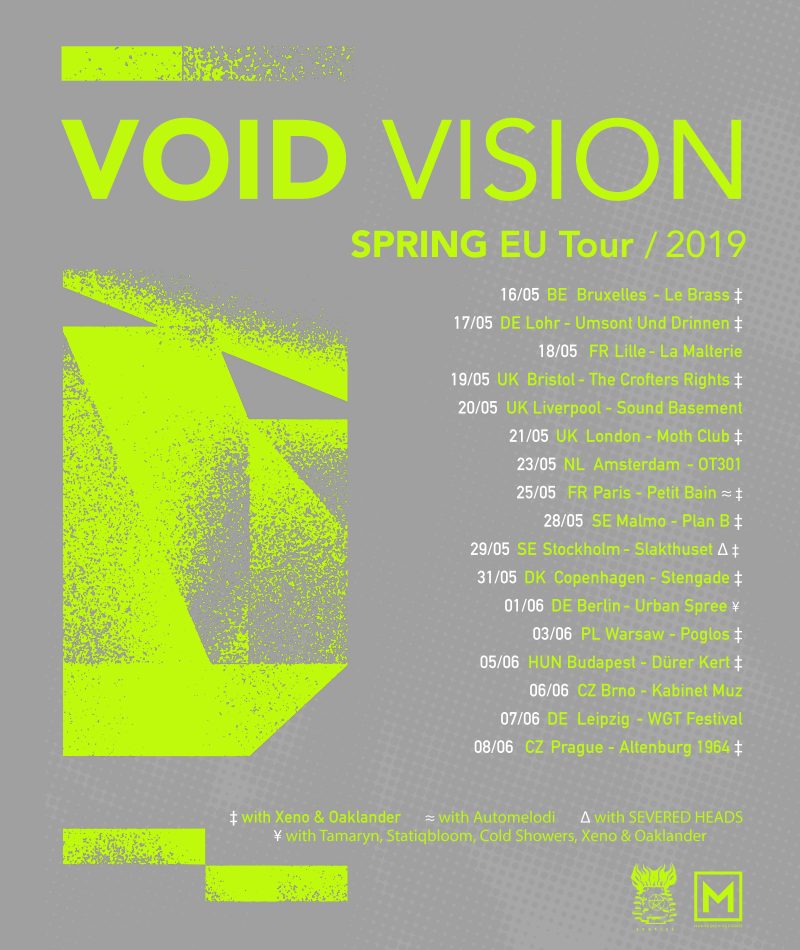