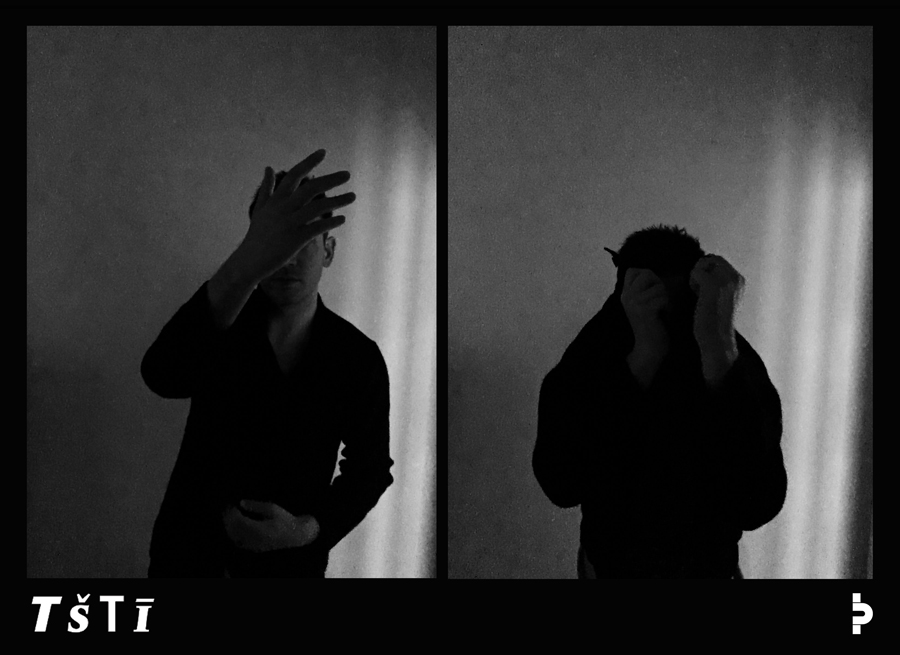 We have caught up with S. Smith to learn more about his darkwave / electronic / synthopop project TSTI and also peek into his latest album Endings recently released on German label Basic Unit Productions. The 10-track album mastered by Sid Lamar (Keluar/Schwefelgelb) features Jennifer Touch as well as remixes by Hante. and Ssleeping desiresS that upon hearing will bring back memories of a simpler time in dark electronic synth-driven music. The album is full of dark atmosphere with a brilliant sound that stands-out as true to the 80s age of music full of texture and rhythm.

Give us a bit of background on TSTI – (Where are you from? – Do you produce music full-time? How long have you been writing music?)

TSTI is a one man project that is heavily influenced by moody synthpop of the 1980s.  I started playing around with synths probably around 2002, with a moog prodigy and microkorg. Nothing very serious at that time. I then started collecting and trading synths, writing little bedroom tracks with them, no plans. Around 2010 or so bought a moog voyager… once I dropped that amount of money on a synth I decided to try to focus on writing songs I would want to listen to and do something with them. My first album, evaluations, came out of that session.  Looking back, i don’t like the album very much.. it wasn’t very focused and I never thought it would actually be released.

Considering this, I took it very slow with this new album Endings  I went through many songs and many synths before I landed on what I was aiming for.  Once I got my hands on an E-MU Emulator II, the album started taking shape and fueled my creative thinking for it.

I’m based in the capital region of New York.  I’ve moved a few times so songs have been written in Albany, Schenectady and now a town called Clifton Park.  Unfortunately I do not write music full-time. TSTI is a studio project to release some creativity I have stored up.. so I don’t go insane functioning in this world.

I’m around 3 songs into the writing process for the next album.

There is an obvious influence in your new album, I am speaking of early Depeche Mode. Tell us a bit about how that defines your music?

Yes I’m an obvious fan of Depeche and love the Gareth Jones 80s era. Those 3 albums move me in ways no other album ever had or maybe ever will.  There is a mood to those album that could never be replicated but I did try to tap into it.

Again, I wanted to create something I would listen to or purchase… and that’s what I listen to.

In addition during the recording of this album I was playing a mass amount of Propaganda, Cetu Javu, Cause & Effect, Twice a Man, and This Mortal Coil.

Overall I have no desire to sound current or relevant.  I want to make what love to hear and hope some others dig it along the way.

I see that your album has been charting in Europe – what kind of response are you seeing from your release?

I’m honestly not sure.  I was pretty blown away and honored to hit the DAC charts. I did not expect that at all. The reviews to date have been pretty positive and I have seen a few of my songs added to mixes and radio playlists.

Any news on future music? (and anything else you want us to know).

Yes!  I’m working on the next release already and hoping it goes a little faster than this last one. The next single will be coming out soon as well. This will be for the track “Strange Times”. There will be a video as well as a pay-what-want single featuring 2 additional mixes and 2 remixes as well.

Other than that my focus will be on formulating some new tracks which is pretty exciting!

Thanks for taking some time to talk with us, your new album Endings is must-to-listen work for any fan of the early 80s dark electronic sound – we look forward to more music from TSTI soon.

Keep up with TSTI on Facebook and Soundcloud and check out the video for the track “Sincerity” on the TSTI YouTube channel.