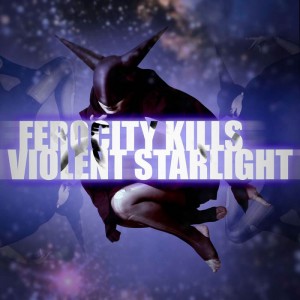 Expected on 7/7/17 the Violent Starlight EP will be the debut release from darkwave / synthop conceptual audio-visual artist Faith Lucille. The EP will showcase her love of dark imagery and fantasy.

The independent musician local to the Central Coast of California has developed her skills in music as well as in experimental film and photography under the name of Ferocity Kills, she has been working as a music video director for bands and musicians in the Monterey Bay underground music scene and is on the rise to expand her work in major cities such as San Francisco and Los Angeles.

“Violent Starlight” is the title-track and first release from her EP due to be available via Bandcamp.