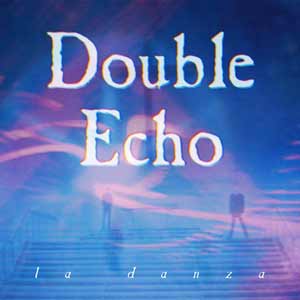 Double Echo released La Danza a few months ago with Finnish label Gothic Music Records and will soon release a remastered version of their 2013 album Phantomime that will include two bonus tracks.

The band made up of Chris Luna and Ash Lerczak was founded in Liverpool in 2012 and is a creating music that is fascinating back-to the basics and back to the roots of dark music.

They have a great heritage from awesome talented bands such as: Clan Of Xymox from Medusa, Handful Of Snowdrops in Land Of The Damned, or The Danse Society from Heaven Is Waiting, and of course; The Cure, Joy Division and the classic sound of 4AD.

La Danza comes after the group’s initial release of Phantomime in 2013 and several self-released singles and EPs.

Fans of the older genres of dark and moody electronic music will like Double Echo’s sound. From the each of the tracks of the album we get a glimpse into the shadowy atmosphere this band creates. The title track, “The Sentence” and “Distance” best exemplify the polished gloom of dark post-punk.