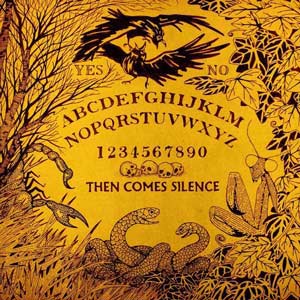 The third album from Then Comes Silence is titled Nyctophilian and it brings darkness and romantic death via music and sounds performed on guitars at deafening volume. The four piece band on Novoton formed in 2012 in Stockholm, Sweden bring a stylish sound that recalls the gothic rock sounds of Christian Death and Bauhaus as well as the angst of She Wants Revenge.

From the onset with “Strangers” and “She Loves the Night” we are treated to punk-influenced guitars and rhythms. The approach keeps on pushing and building the momentum of the tracks to “Spinning Faster” and it is clear that Nyctophilian is an interesting and fun album. A psychedelic influence and playfulness is showcased on “Feed the Beast” while “All Strange” is an excellent riveting noisy piece to close out this exemplary album.