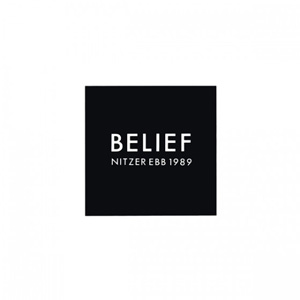 Nitzer Ebb continues to be relevant to anyone revisiting the origins of industrial and ebm.  Heavily regarded as their best album by fans, Belief remains the pacesetter and it persists in being a model for many bands and records that followed. This is not an album with hits or best tracks – the entire album is a masterpiece of electronic beats and harsh vocals.

Produced by Flood (Mark Ellis), this release displayed the band’s sophistication in the studio that succeeded their previous excellent LP That Total Age from 1987. Simply put, Belief is an essential piece of history that helped define the industrial music scene from the late 80s to the early 90s.